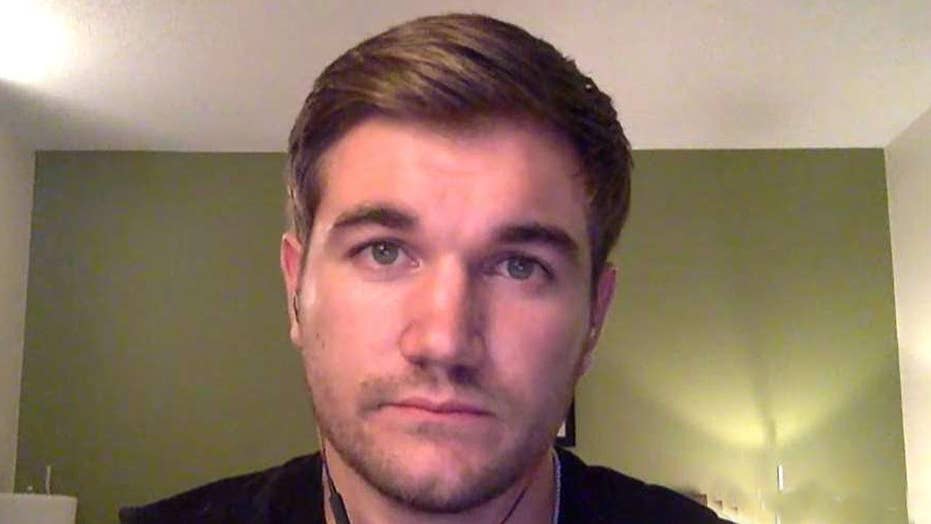 Alek Skarlatos seeks to serve his community by running for county commissioner in Oregon.

One of the three Americans who thwarted a terrorist attack on a Paris-bound train is trying his hand at local politics.

Alek Skarlatos, who portrayed himself in a Clint Eastwood film about the 2015 event called “The 15:17 to Paris,” announced Tuesday evening he would be running for the Douglas County commission seat in Oregon, the New-Review reported.

The former Oregon National Guardsman, from the small city of Roseburg, and two friends — Anthony Sadler and Spencer Stone — were traveling in Europe in August 2015 when they incapacitated a heavily armed Islamist gunman.

Skarlatos says he wants to bring more jobs to the rural county if elected.

"I've traveled all over the world, and there's no place I'd rather live than Douglas County, honestly," he said, during his announcement at the Douglas County Republican Party headquarters in downtown Roseburg. "Really I think that jobs bring in taxes, and if we can get people jobs that would make the whole community better off."

Skarlatos is pursing the seat vacated by Republican Gary Leif, who recently left the position to become a state lawmaker.

Lucia I. Suarez Sang is a Reporter & Editor for FoxNews.com.