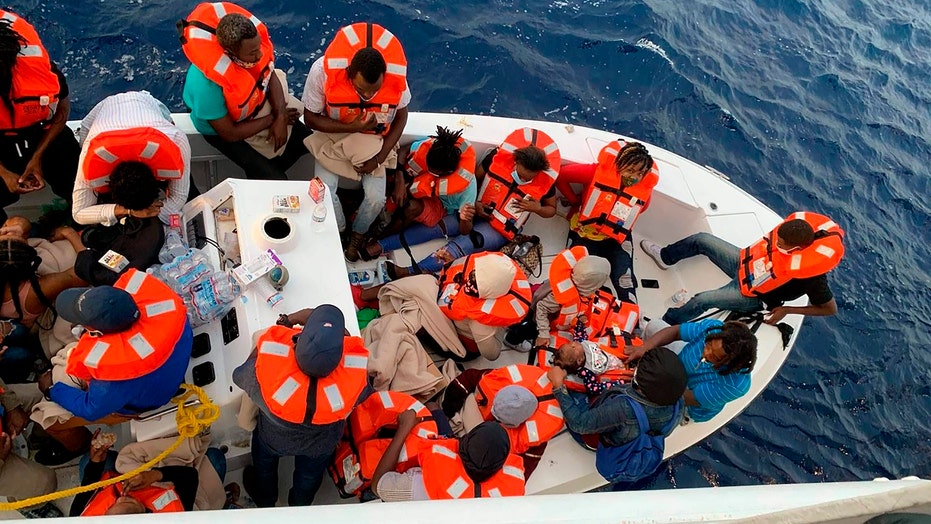 At least two dozen people aboard a sinking boat off the Florida coast were rescued by a massive Carnival Cruise Line ship on Saturday, according to multiple reports.

The Carnival Sensation, which reportedly had no guests onboard due to the coronavirus pandemic, came to the aid of the small boat that was in international waters roughly 37 miles off the coast of Palm Beach, Fla, the cruise line said.

The larger vessel came alongside the boat and gave its passengers, who were of various nationalities, life jackets, water, and food, according to the Miami Herald.

After the smaller craft started taking on water, the Sensation rescued all 24 people, including two children, and brought them aboard.

They were evaluated and quarantined from the crew before the U.S. Coast Guard later took the 24 people off the cruise ship, the paper reported.

The Centers for Disease Control and Prevention announced last month it had extended a "no sail" order for cruise ships through the end of October amid continued concerns due to the coronavirus pandemic.

This order, which was set to expire after Sept. 30, will continue to suspend passenger cruise ship operations that have the capacity to carry at least 250 passengers or more in waters subject to U.S. jurisdiction, according to a statement by the CDC.

Carnival cruise ships aren't yet in service due to the pandemic and only have a limited crew onboard. It's not clear how the smaller vessel came under distress.

David Aaro is a Reporter at Fox News Digital based in New York City.