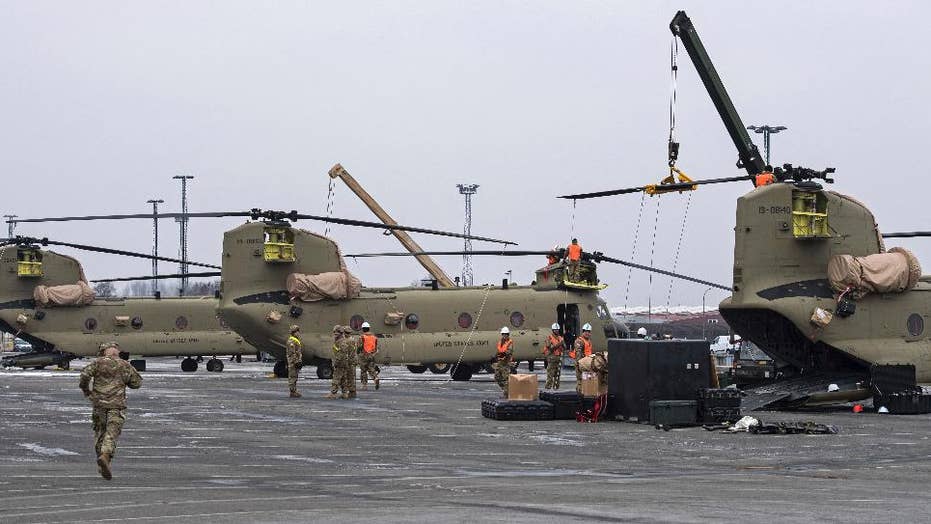 It’s called a “wet gap crossing,” the point wherein armored forces, infantry and tactical vehicles need to cross a body of water such as a river while on attack. This naturally occurring circumstance, often encountered in combat, not only causes logistical challenges for maneuvering forces but also increases vulnerability to enemy attack.

How quickly could a mechanized unit build a bridge? What if a known route had to be abandoned due to changing threat circumstances, requiring units to traverse water?

“Getting units over rivers is a very dangerous operation because you are exposed. We can use robotics and have launched a focused excursion looking at robotic air assault drones,” Col. Stephanie Ahern, Secretary of the Army Initiatives Group Chief, told reporters Oct. 14.

The challenges, Ahern continued, include ensuring that forces and platforms can survive the landings, sustain movements, protect dismounted units and ensure safe passage for follow on forces.

“We examined robotic air assault drones with the 101st Airborne units to assess what were some of the attributes we would need. We are incorporating those lessons into an understanding of how we will operate into the future,” Dr. Jean Vettel, chief scientist for Futures & Concepts Center and Ignite senior science lead.

Ahern and Vettel talked about ongoing work with the Army’s Future Vertical Lift program, a testing and development effort to deploy a new fleet of high-performance aircraft to include new reconnaissance and attack helicopters as well as new long-range aircraft. This program, which is already flying aircraft, includes the advancement of autonomous and unmanned flight technology.

In other words, it is by no means inconceivable that a small fleet of robotic assault helicopters could not only transport soldiers, ammo, weapons and equipment over a river but use heavy-lift technology to airdrop larger platforms by sling loading them underneath the aircraft. The Army’s Chinook helicopter can already move M777 artillery cannons and tactical vehicles and mounted vertical maneuver technology continues to reach new levels of performance capability.

Strategically speaking, these technical developments reinforce the current Army thinking about how tactics will need to adjust in the future to prepare for newer kinds of combat and warfare conditions. For example, the Army is making a large push to become much more expeditionary, mobile and deployable, so having an ability of this kind naturally enables the Army to move and operate better in unpredictable terrain.

Get a daily look at what’s developing in science and technology throughout the world.