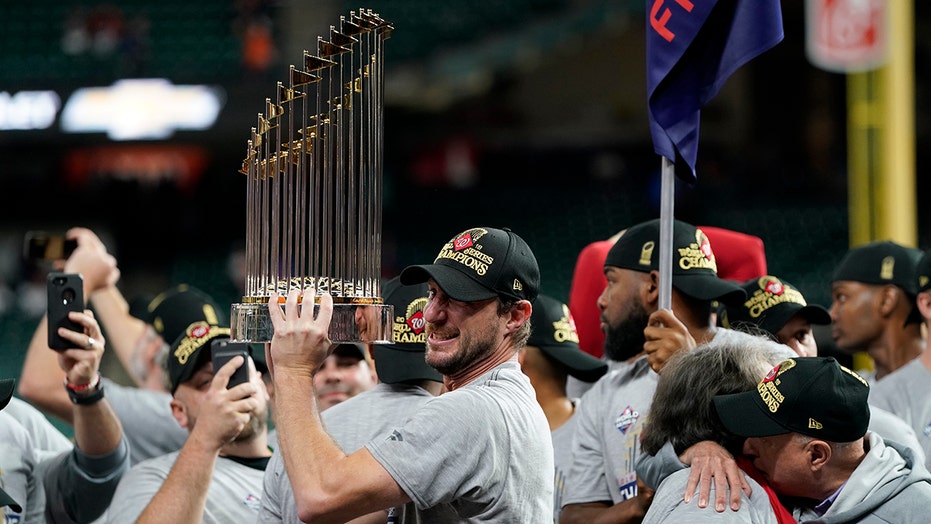 The Los Angeles Dodgers and the Tampa Bay Rays will meet in the 2020 World Series.

The Dodgers will be looking for its seventh World Series title after beating the Atlanta Braves in the National League Championship Series. Los Angeles is in its third World Series in the last four years but has not won the title since 1988.

The Rays are looking for their first World Series title in franchise history after beating the Houston Astros in the American League Championship Series. Tampa Bay was in the World Series in 2008 but lost in five games to the Philadelphia Phillies.

Both teams will be trying to make their marks on history.

No team has come close to the dominance in the World Series like the New York Yankees. The Bronx Bombers have the most World Series titles out of any MLB franchise with 27. The St. Louis Cardinals have the second most with 11 and the Oakland Athletics and Boston Red Sox each have nine.

The Washington Nationals are the most recent World Series champs. But they failed to make the playoffs in the coronavirus pandemic-shortened season.

Read below for a look back at past winners.

The New York Yankees capped the 2000s with their 27th World Series championship — the team's first since 2000. The Boston Red Sox took home their first title since 1918 in 2004, coming back from a 3-0 deficit in the American League Championship Series against the Yankees. The Florida Marlins and Arizona Diamondbacks also took home championships in the decade.

Derek Jeter etched himself into Yankees history in the 1990s. (Getty Images)

The Yankees and the Atlanta Braves dominated the 1990s. Atlanta won the Series in 1995 and won the National League Championship Series in 1991, 1992, 1996, and 1999 but only have the one ring to show for it. The Yankees took home three titles in four years and then won in 2000. The Marlins won their first World Series in 1997 over the Cleveland Indians and the Cincinnati Reds started the decade with a title over the Oakland A’s. The Toronto Blue Jays won back-to-back titles – the first Canadian team to win.

The Athletics and Giants played in the Bay Area series, which had a terrifying earthquake interrupt play for a bit. The New York Mets added to the Boston Red Sox’s headaches with a dramatic victory in 1986. The Los Angeles Dodgers were the only team to win the World Series twice in the 10-year period.

The Athletics dominated the 1970s, winning three consecutive titles from 1972 to 1974. The Reds and the Yankees also won back-to-back titles in the era. Dynasties were born in this era.

Tom Seaver pitched for the Mets in 1969. (Photo by Focus on Sport/Getty Images)

The Yankees reigned supreme in the 1950s. From 1950 to 1954, the Yankees were World Series champions and they won the title again in 1956 and 1958. New York really set the bar for what the organization would expect year in and year out.

It was more of the same in the 1940s. The Yankees and Cardinals were the top teams in baseball. New York won four times and the Cardinals won three times.

Lou Gehrig was on some of the best Yankees teams. (AP)

The Yankees won their first World Series in 1923 with Babe Ruth, Wally Pipp and Herb Pennock on the team. The team would win three titles in that decade. The New York Giants also had two titles.

The Red Sox dominated the 1910s. Boston won four World Series titles including their last one in 1918. It would take until 2004 for them to win a title again and legend had it was because the team sold Babe Ruth to the Yankees. Whether it was true or not, “The Curse of the Bambino” paid enormous dividends for the Red Sox and the Yankees.

The league was also plagued by the Black Sox Scandal in the 1919 World Series which accused eight players, including "Shoeless" Joe Jackson of throwing the World Series. All men involved were banned from baseball

There was no Major League Baseball World Series prior to the 1903 season. National League teams would either play each other or American Association teams. From 1884 to 1892, the Providence Grays, St. Louis Browns, Detroit Wolverines, New York Giants, and Boston Americans would all be champions before the 1903 game.

The Boston Americans defeated the Pittsburgh Pirates 5-3 in a best-of-eight-games series. The next World Series would be played in 1905.