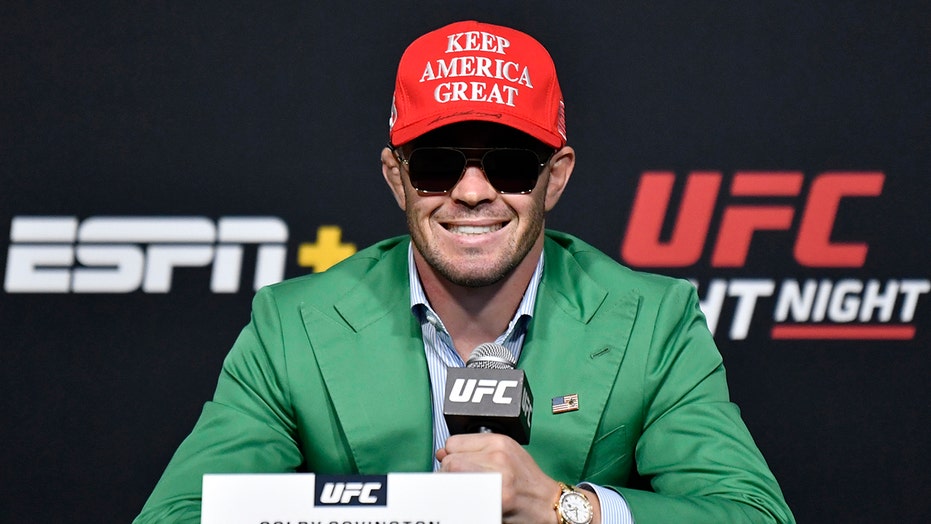 UFC star Colby Covington went on a profane rant against LeBron James while promoting a gambling service on social media over the weekend.

Covington, wearing a “F—k LeBron” shirt and standing in between two women on a beach, went on a tirade and sarcastically congratulated James on his NBA Finals victory.

“Congratulations are in order for my good buddy, LeBron James. Congrats, LeBron. Congrats on setting the record for the least-watched NBA Finals in history. You wish you could blame it on the pandemic, but everybody’s just sick of your woke b------t. And while the NBA ratings are down, UFC is up, just like our bank account,” he said while promoting My Bookie.

NBA ratings were down but reasons why have been unclear.  Some have speculated tha social justice initiatives, a heated election season and sports exhaustion could be blamed.

Covington has attacked James previously over the NBA superstar’s social injustice initiatives. In September, he issued a statement on “woke athletes” after a win over Tyron Woodley.

“I want to dedicate this fight to all the first responders, all the military out there,” he said, according to MMAFighting.com. “This world would not be safe without you guys, you keep us safe, and not these woke athletes. I'm sick of these spineless cowards like LeBron James.”

James hasn’t directly responded to any of Covington’s outbursts. He did take aim at critics in the days leading up to the NBA Finals.

James told reporters that anyone can talk any kind of junk they want but when it comes time to step up, they get scared, according to The Washington Post.