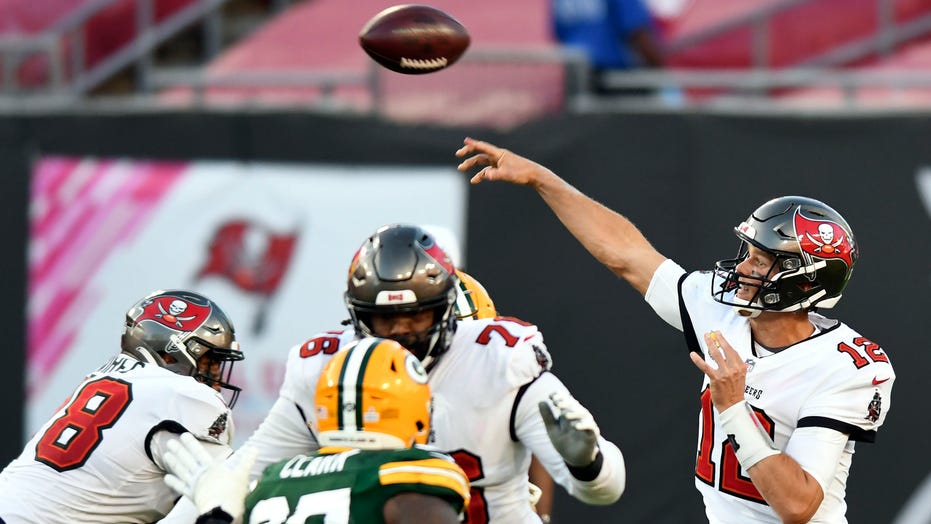 Tom Brady’s age certainly didn’t show on the field in Tampa Bay’s 38-10 victory over the Green Bay Packers on Sunday but the six-time Super Bowl champ did get a little reminder of just how long he’s been in the game when he recognized a familiar name.

Cameras captured the moment Brady was seen having a friendly post-game chat with Packers offensive lineman Jon Runyan Jr. -- the son of Brady’s former teammate at the University of Michigan.

PACKERS’ AARON RODGERS LOOKS FOR BRIGHT SIDE IN BAD LOSS: ‘WE NEEDED A KICK IN THE A-- A LITTLE BIT’

Brady and Runyan Sr. spent one season together in 1995 before the latter was drafted by the then-Houston Oilers in 1996. He spent four seasons there before playing the majority of his career with the Philadelphia Eagles where he was named to one Pro Bowl.

Runyan Sr. also tried his hand in politics, becoming a congressman for New Jersey’s 3rd congressional district in 2011. He served two terms before announcing that he would not seek reelection in 2014.

CLICK HERE TO GET MORE SPORTS COVERAGE ON FOXNEWS.COM

Brady was 17 of 27 for 166 yards and threw two touchdowns to come back from a 10-point deficit, improving the Buccaneers record to 4-2.

Paulina Dedaj is a writer/ reporter for Fox News. Follow her on Twitter聽@PaulinaDedaj.