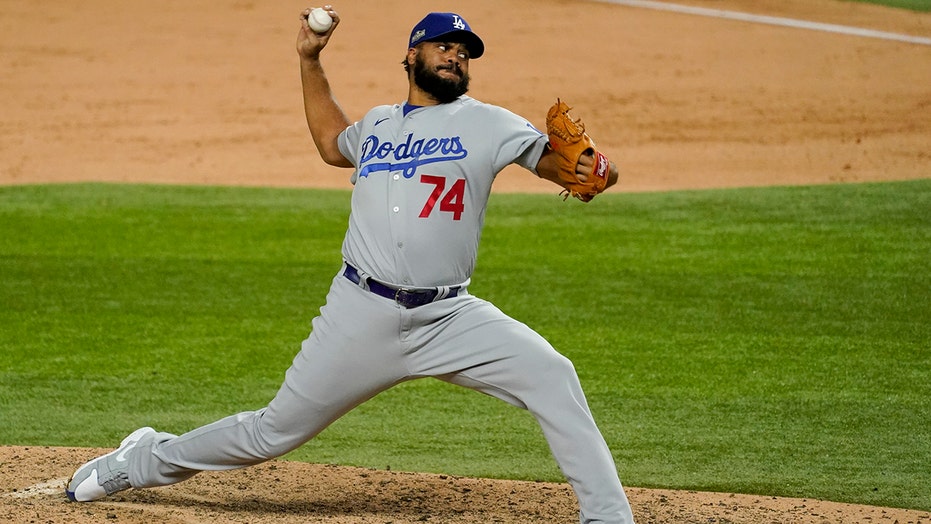 Though Kenley Jansen never lost confidence in himself, the big right-hander might be regaining that from the Los Angeles Dodgers after an inconsistent stretch.

While not in a save situation, Jansen closed out Game 5 with a dominating 12-pitch performance in which he struck out the side in a 7-3 win over the Atlanta Braves with the Dodgers facing potential elimination. That came two days after another 1-2-3 inning in a midgame appearance for LA in a 15-3 win.

“I feel like if it clicked out there and you know once it clicked, everything is going to come with it,” Jansen said Saturday before the Dodgers faced another potential elimination game against the Braves.

In the ninth inning Friday night, Jansen threw 10 strikes and got three swinging strikeouts. His cutter was consistently in the 92-93 mph range, and Johan Camargo swung and missed on a game-ending 94 mph sinker.

“It was as good as I've seen in quite some time," manager Dave Roberts said Saturday. “I thought the tempo, I thought the delivery was cleaned up, it was a little bit more smooth. The execution was considerably better. Mixed in some breaking balls, some two-seamers, some cutters, so it was really good.”

Jansen said he has had some recent conversations with former pitching coach Rick Honeycutt and former Dodgers standout Charlie Hough. The 33-year-old 3-time All-Star, whose velocity had been noticeably down and his control inconsistent, said they went over how his delivery wasn't the same as it had been when he was dominating hitters.

“They showed me pictures of the past and how everything was working together. And, you know, it wasn’t quite the same," Jansen said. “And kind of get back to that, to make my delivery simple like it was, and repeat it, and it shows, it showed yesterday.”

The Dodgers’ primary closer since 2012 and their career leader with 312 saves, Jansen had been bypassed with Game 1 of the NLCS tied at 1 in the ninth inning. His 1-2-3 sixth inning Wednesday against the Braves came a week after he needed 30 pitches to get two outs and gave up two runs without being able to finish the 6-5 victory in Game 2 of the NL Division Series against the Padres.

Even after arriving late to summer camp because of a positive COVID-19 test, Jansen converted 10 of his first 11 save opportunities this season, and he had 22 strikeouts and a 1.20 ERA in his first 15 innings through Sept. 1. But a week after that at Arizona, he gave up three runs in the bottom of the 10th, after LA had scored four in its half of the inning. Then in his next appearance, he gave up six hits and five runs without recording an out after taking over with a 5-2 lead against the bottom of Houston’s batting order.