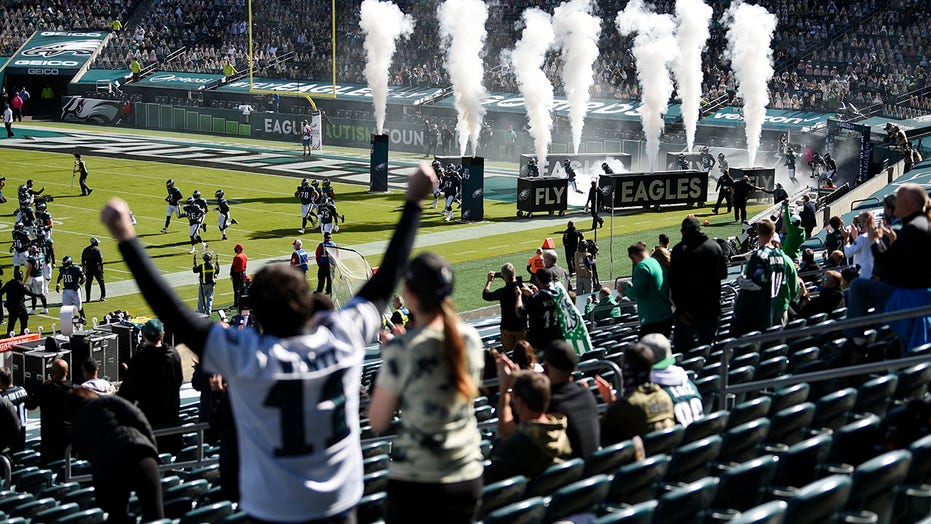 The Philadelphia Eagles were among the nine teams who allowed fans to be in the stadium during games Sunday. The Eagles had a big matchup against the Baltimore Ravens.

Some fans used the privilege to sit in the seats at Lincoln Financial Field to watch their team while others chose to get rowdy and fight each other. Video surfaced on social media Sunday night of a big brawl that took place.

DOLPHINS REACH BYE WEEK AT .500 FOR 1ST TIME UNDER FLORES

One fan, wearing a Carson Wentz jersey stomped down about five rows to meet his opponent. The two exchanged punches while another fan joined into the melee. Other fans, including those in Ravens jerseys, helped to break up the fight before things got really out of hand.

Philadelphia allowed up to 7,500 fans into the stadium as teams try to navigate the uncharged waters of the coronavirus pandemic. The Eagles will also have fans in the stands when the New York Giants come to town on Thursday night.

“We have been working very closely with state and local officials, public health experts, and the National Football League on a number of scenarios to safely bring Eagles fans back to Lincoln Financial Field,” team president Don Smolenski said in a statement last week. “After many thoughtful and active discussions, we are thrilled to announce that the fan experience will return to Lincoln Financial Field this Sunday.

“On behalf of the Philadelphia Eagles, I would like to thank Governor Wolf, Mayor Kenney, and their respective representatives for the support and guidance over these past few months. We will all continue to stay in close communication and will be prepared to adjust and adapt as needed.”