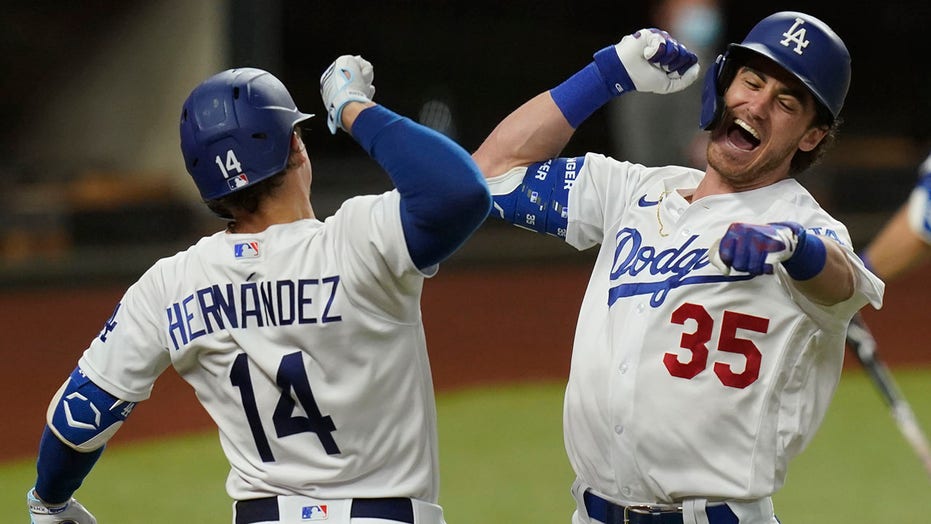 Cody Bellinger’s seventh-inning home run sent the Los Angeles Dodgers to the World Series on Sunday night and he admittedly got overzealous with his celebration.

Bellinger was seen doing shoulder bumps with his teammates and after one of them he came down in some pain as he walked back into the dugout. Video that surfaced on social media also showed Bellinger appearing to gesture on his way back to the outfield that his shoulder popped out.

The Dodgers star addressed the incident with MLB Network after the game, according to the New York Post.

“I hit [Kiké Hernadez’s] shoulder a little too hard and my shoulder popped out. They had to pop it back in so I could play defense. It kinda hurt,” he said.

Bellinger’s home run was launched into right field off Atlanta Braves pitcher Chris Martin. The dinger broke a 3-3 tie in one of the most pivotal parts of the ball game.

Los Angeles was able to close the door on the Braves the rest of the way to advance to the World Series for the third time in four years.

The Dodgers will play the Tampa Bay Rays and Game 1 is on Tuesday.