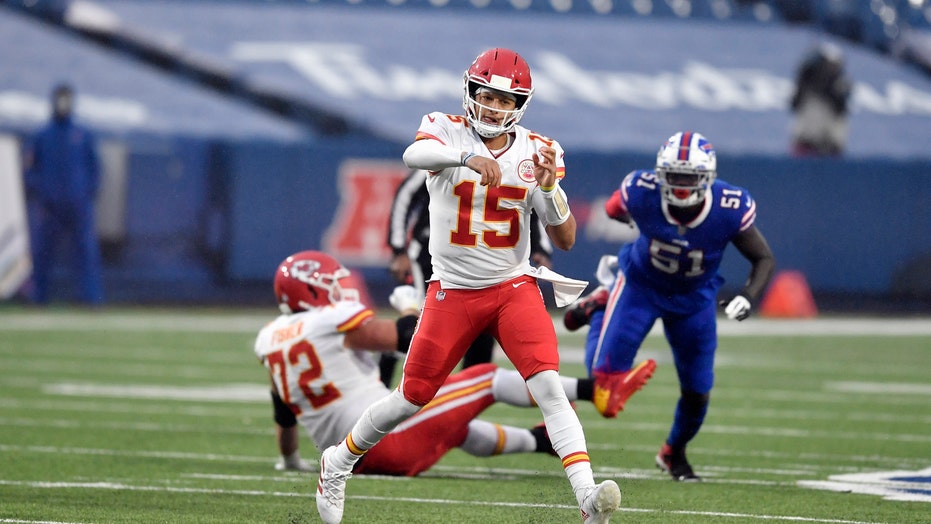 Mahomes, who threw for 225 yards and two scores, reached 90 career passing touchdowns of his career in his 37th game, breaking the NFL record for fewest games to 90 TD passes. Hall of Famer Dan Marino had the previous mark at 40 games.

The reigning Super Bowl MVP was stellar, as he connected with All-Pro tight end Travis Kelce on both touchdowns, but rookie running back Clyde Edwards-Helaire stole the show for the Chiefs’ offense.

Edwards-Helaire led the Chiefs with 161 yards rushing. As a team, Kansas City finished with 245 rushing yards, which is the most since Mahomes took over as the starter in 2017. The Chiefs also had 46 rushing attempts, which is the most in eight years under coach Andy Reid. Kansas City had four drives of 10 plays or more and dominated the time of possession by more than 15 minutes.

The Chiefs are off to their third 5-1 start in four seasons, and they bounced back from a 40-32 loss to the Las Vegas Raiders on Oct. 11. Buffalo, on the other hand, lost its second straight. The Bills fell 42-16 at Tennessee last Tuesday, a game that was moved because of a COVID-19 outbreak on the Titans.