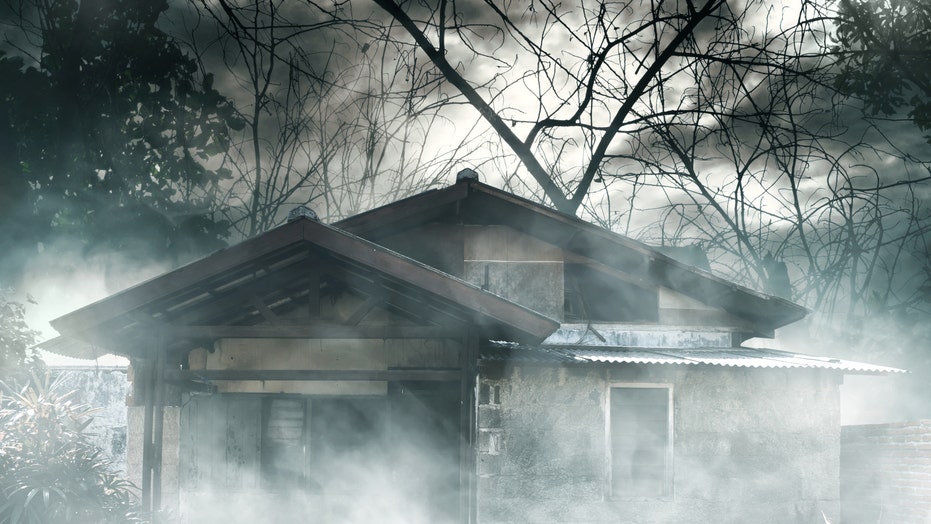 A family that lives in a home where a child star was murdered 32 years ago believes the girl’s murderer has been haunting their house since they moved in.

The Bernal family moved into their home in Canoga Park, California, in 2001, not knowing anything about the home’s former residents until a neighbor told them.

In 1988, 10-year-old Judith Barsi -- who starred in countless commercials and movies like “Jaws: The Revenge,” “All Dogs Go to Heaven,” and “The Land Before Time” -- was murdered in her bed by her father, Jozsef Barsi, who went on to kill his wife Maria and then himself, according to an episode of Quibi’s “Murder House Flip.”

Soon after the Bernals moved into their home, they said they started experiencing strange phenomena.

“The house had a bad energy when we moved in,” Francisco Bernal said on the show.

“Weird things would happen,” Francisco’s daughter Gaby added. “The garage door would open and close, I had like cold spots in my room. I didn’t really sleep last night at all. I felt like someone was watching me. Stuff like that makes it very real and scary and very unsettling.”

CHRIS WATTS WENT ‘TO SOME DARK PLACES’ AFTER NETFLIX RELEASED DOC ON MURDERS, ‘WILL NEVER SEE IT’: SOURCE

Gaby told the show hosts, Joelle Uzyel, Mikel Welch, that she was 10 when her family moved into the house and she even “started having an imaginary friend named Joseph.”

The聽Bernal family claim they've felt "negative energy" in their house (not pictured) since they moved in in 2001, where child star Judith Barsi was murdered in 1988. (iStock)

“He would open and close the garage door when my dad would come home or turn off and on the lights,” Gaby said. “We came to find out that the killer’s name was actually Jozsef.”

The family eventually decided to get help after almost 20 years of living in the house.

Interior designers Uzyel and Welch decided to focus on the hallway where Jozsef Barsi murdered his wife and the bedroom where he killed Judith Barsi -- which is now Gaby’s bedroom.

In three days, the designers transformed the hallway with a new layer of paint and recessed lighting and changed Gaby’s bedroom to include French doors that open to a renovated backyard.

“The negative energy that we felt in the house is gone already,” Francisco said. “No more sadness, no more crying. It is going to be one of the greatest things that has happened in my life.”

According to the website, all 12 episodes of the show are currently streaming on the platform. The show launched in April.

The other houses that were renovated on the show were the homes where Frederick Hengl murdered and cooked his wife, the home where William Bradford killed his wife and the house where Dorothea Puente poisoned seven boarding residents.