Time for evidence, not press conferences from Giuliani and Trump campaign: Cotton

Sen. Tom Cotton on Republicans battling to retain control of the senate on 'Fox &amp; Friends.'

Sen. Tom Cotton, R-Ark., on Tuesday took aim at former Obama administration officials who are going to be part of the incoming Biden administration, saying that reporters were “swooning” over an “A-Team” who he said presided over “absolute chaos” abroad.

“The liberal media is swooning over the “A-Team” of “hyper-competent” and “incredibly kind” Obama-Biden alums getting back together,” Cotton tweeted. “These reporters and pundits were swooning over the same people a decade ago while they presided over absolute chaos abroad.”

President-elect Joe Biden has begun announcing his picks for his cabinet and other administration positions, many of whom held positions in the Obama administration.

Former Secretary of State John Kerry will be special presidential envoy for climate, and will sit on the National Security Council. Meanwhile, Antony Blinken, who served as deputy secretary of state and as a principal deputy national security adviser to former President Obama, has been nominated to be secretary of state.

Cotton listed a string of alleged foreign policy failures by the Obama administration. He said that intervention in Libya led to a “decade of nightmarish civil war and jihadi terror.”

Separately he pointed to Chinese dominance in the South China Sea, saying that the Obama administration “wagged their fingers and fretted about the need for Beijing's cooperation on climate change.”

He then said Obama administration officials “stood by” as ISIS established a caliphate, after Obama described them as a “JV team.” He also criticized the negotiation of the Iran nuclear deal -- from which the Trump administration withdrew in 2018 and the Biden administration intends to re-enter.

“This team spent its days toasting CCP officials and arranging Brookings internships for their kids, then seamlessly moved to the private sector to consult for companies shipping jobs from Ohio to Xinjiang,” he said. 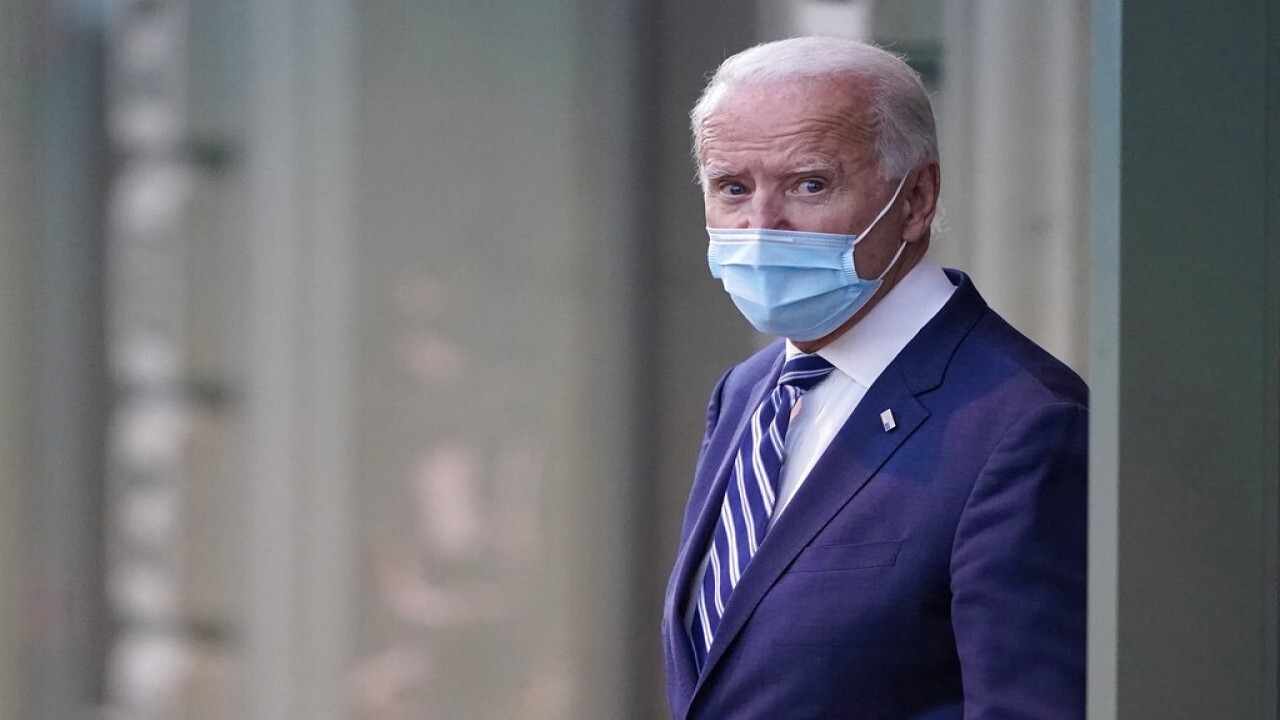 “One thing’s for certain: Joe Biden’s Democratic dream team has a lot of fancy titles. They’ve worked in Washington a long time,” he said. “But credentials are not the same thing as achievement. If this is the A-Team, we need walk-on tryouts immediately.”

Cotton isn’t the only Republican to take aim at the appointments being rolled out by the Biden transition team. Missouri Sen. Josh Hawley on Tuesday criticized President-elect Joe Biden's Cabinet picks as "corporatists," "war enthusiasts" and Big Tech "sellouts."

"What a group of corporatists and war enthusiasts - and #BigTech sellouts," Hawley tweeted in response to a list of the president-elect's nominees.

Biden, meanwhile, said Tuesday that his newly named foreign policy and national security team will keep the nation "safe and secure" and will show that "America is back."

Pointing to what may be a challenging road to confirmation for his nominees in a Senate that may still be controlled by the Republicans in January, Biden said, "I hope these outstanding nominees receive a prompt hearing and that we can work across the aisle in good faith to move forward for the country. Let’s begin that work to heal and unite America."

Adam Shaw is a reporter covering U.S. and European politics for Fox News. He can be reached at adam.shaw@foxnews.com.