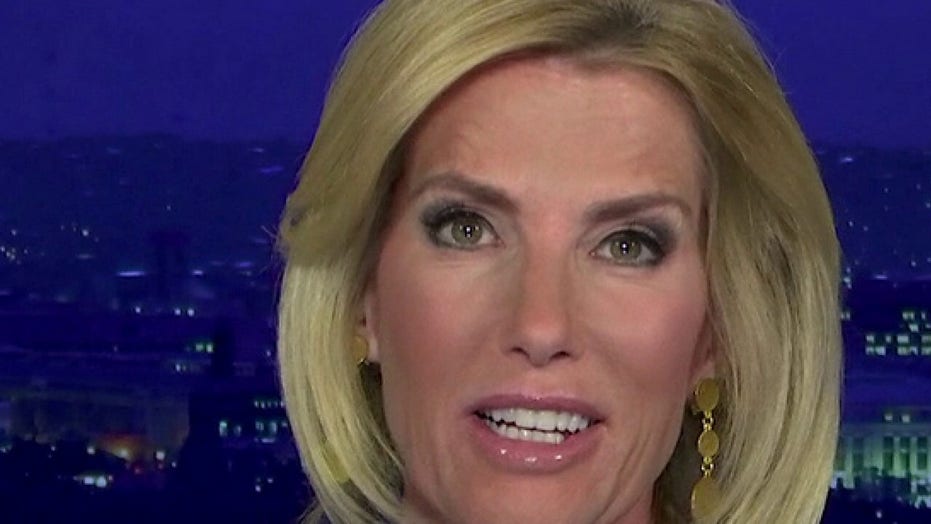 Laura Ingraham shares her thoughts on 'The Ingraham Angle'

Events this week have made it more clear than ever that the mainstream media is Joe Biden's primary campaign communications team, Laura Ingraham claimed Friday.

"We are drowning in a sea of lies right now and if the media takes control of the White House, it will become almost impossible to know what is actually happening in D.C.," stated "The Ingraham Angle" host. "They put Pravda to shame."

Ingraham reminded viewers that the ethos of Biden's presidential bid has been "a return to calm."

"But is it going to be calm or normal in any way to have a press corps that will not ask tough questions of a presidential candidate, and then a president?" she asked. "In fact, it is really scary."

Ingraham cited the admission by C-SPAN host and would-be debate moderator Steve Scully that he had lied by claiming that his Twitter account was hacked after he reached out to former White House communications director and Trump critic Anthony Scaramucci.

Many members of the D.C. media establishment initially came to Scully's defense, including former White House press secretary-turned-CNN analyst Joe Lockhart, who tweeted Oct. 9 that "if Steve Scully says [he was hacked] you can take it to the bank [and] anyone who questions him or makes accusations is a damn liar."

"Now we know this week who the damn liar was," remarked Ingraham, who called Lockhart's tweet the "piece de resistance" of Scully defenses in the Biden-friendly media.

ROVE: ABC'S STEPHANOPOULOS WAS 'LIKE MY BASEBALL COACH' AT BIDEN TOWN HALL: 'HE WAS TOSSING SOFTBALLS'

"We know how the press is going to never ask them [Joe Biden and Kamala Harris] any hard questions, never will hold them accountable ... It's going to be like it was with Obama and that means you will have a White House that is completely unchecked by any press ... Fake polls, fake news, personal attacks on Biden's critics, that will abound. All will be common practice in a Biden term," Ingraham said.

"Hunter could be selling the Jefferson Memorial from the Oval Office and they would never even report it."

The host concluded that despite claims by Trump's critics that the president "wants to be a dictator ... it's much, much easier if the press does whatever you tell them to do."

"Biden's not going to face any watchdogs in the mainstream press," Ingraham said. "He will be surrounded by lapdogs. And that will encourage corruption and incompetence."