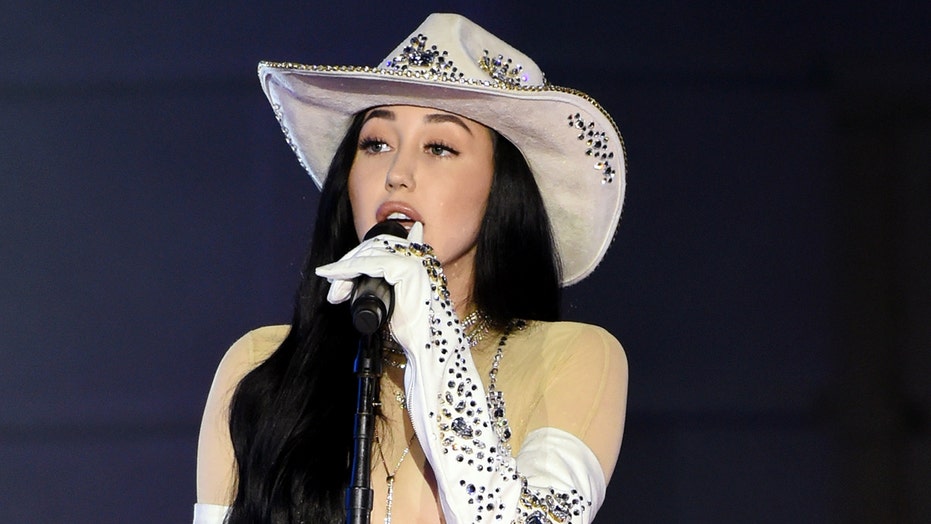 Noah Cyrus broke away from her pop roots to perform at the 2020 CMT Music Awards on Wednesday.

The 20-year-old star performed "This Is Us" alongside Jimmie Allen.

For her performance, Cyrus donned a sheer bodysuit, which featured silver adornments.

"I know this is 2020 and anything goes now, but c’mon @CMT I lost so much respect for you letting @noahcyrus perform wearing practically nothing at all," wrote a viewer online. "That was so inappropriate and NOT at all what women should be representing!!!"

"Seems Noah Cyrus didn’t get the memo that CMT Awards are not equivalent to the Victoria’s Secret Fashion show," said another. "I cannot fathom how incredibly distasteful & abhorrent her 'costume' was. Praying to God above that she’s forbidden to perform among CMT artists ever again."

A third added: "Does Noah Cyrus know this is country music and they don’t wear that type of outfit?"

Noah Cyrus and Jimmie Allen performed 'This Is Us.' (Getty Images)

Yet another said: "Anyone else confused on what Noah Cyrus is wearing???!"

However, there were outspoken fans on the other side of the aisle, too.

"Everyone is heated about @noahcyrus outfit tonight but honestly I loved it and wish I had that kind of confidence," said one.

"I'm in love with noah cyrus this outfit is EVERYTHING," another chimed in.

"OKAY @JimmieAllen & @noahcyrus win for OUTFITS of the night!!!" praised a fan.

Another admitted to being "lowkey obsessed" with the star's get-up.